The knowledge about Stretch Flim

The knowledge about Stretch Flim

The application of stretch film is more extensive, and as it expands, the application of stretch film is also more common. It is commonly used in packaging, which has good tensile properties, tear resistance, strong penetration resistance, high transparency, good self-adhesiveness and a high shrinkage rate, and is widely used. With the increase in the number of comonomer C atoms in the stretch film material of the stretch film, the branch chain grows and the crystallinity decreases, the "coiling or kinking" effect of the resulting copolymer increases, its elongation increases, and the puncture strength and tear strength All improve.

With the increase of the number of C atoms of the comonomer of the material of the wrapping film, the length of the branch chain increases, the crystallinity decreases, and the "winding or kinking" effect of the resulting copolymer increases, so the elongation of the wrapping film increases and the puncture of the wrapping film Strength and tear strength are also improved. MPE is a highly stereoregular polymer with a narrow molecular weight distribution, which can accurately control the physical properties of the polymer, so the performance of the wound film has been further improved; and because of the narrow molecular weight distribution of MPE, the processing range is also narrow, and the processing conditions are difficult to control , Usually add 5% LDPE to reduce the melt viscosity and increase the flatness of the wound film. Material density also affects the performance of the stretch film.

1. Stretch film is developed from single layer to two-layer and three-layer. Now it is mainly produced by casting method. Stretch film is a material with good toughness, and it is not easy to crush with ordinary plastic crusher. Because the stretch film is soft and tough, it is not easy to shred, not to mention the high temperature of the tool at high speed, which will cause the LDPE to melt and adhere to the blade. PE granulation can be directly put into the feeding port of the extruder, and the PE film is dragged into the barrel by the shearing force of the screw to be heated and melted and extruded to granulate.

3. In the production and sales of PE stretch films, regardless of product quality, performance, service life, etc., and desperate to make a fuss about the price, there has been serious vicious competition, which has greatly hindered high performance, high-level stretch films The development of technology has an adverse effect on the development of the stretched film market. 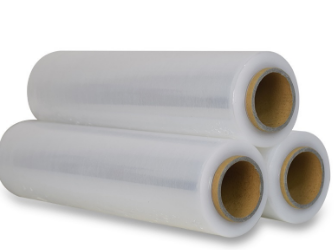 One Stop Solution Service Provider for all kind of tapes

Hello, please leave your name and email here before chat online so that we won't miss your message and contact you smoothly.